Part Three of our series of articles each Wednesday regarding Worldview. Worldview shapes everything about our existence. Everything is touched by someone’s view of the world. Our current crises are dominated by a worldview that is in direct opposition to that of our founding fathers. Since the founding of our republic there have been individuals, organizations and movements attempting to impose a different paradigm on our nation. These worldviews are a threat to the United States of America.

Go to the ant, O sluggard; consider her ways, and be wise. Without having any chief, officer, or ruler, she prepares her bread in summer and gathers her food in harvest.  Proverbs 6:6-8 (ESV) 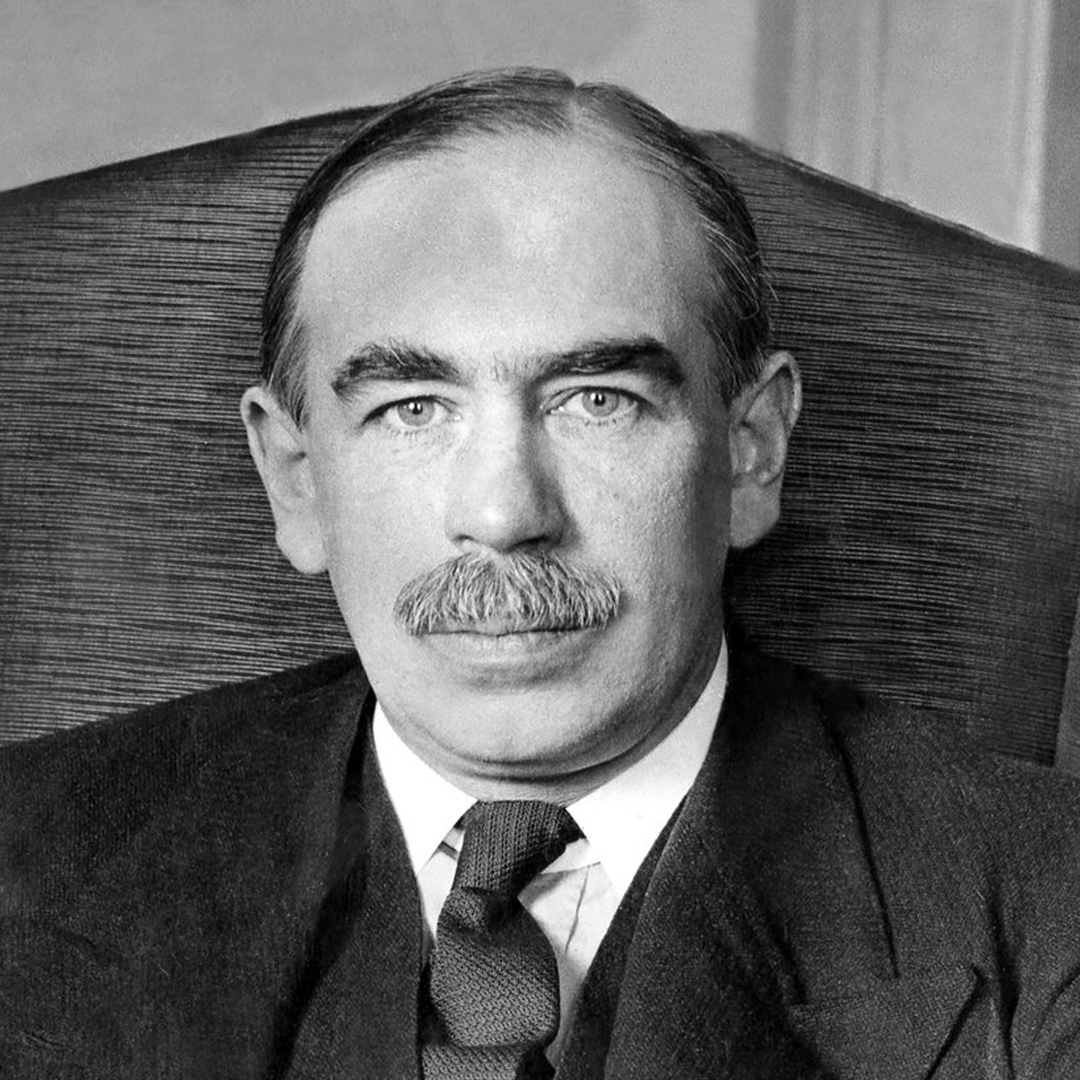 “It will be, moreover, a great advantage of the order of events which I am advocating, that the Euthanasia of the Rentier, of the functionless investor, will be nothing sudden, merely a gradual but prolonged continuance of what we have seen recently, in Great Britain, and will need no revolution.”
John Maynard Keynes
General Theory (1936)

The Center for Garden State Families would like to present Part Three of our series on John Maynard Keynes and his profound impact on the Western Worldview. In light of what is happening with our current interest rate environment and its damaging impact on savers, we reveal to our readers The Euthanasia of the Rentier. The term coined by none other than John Maynard Keynes is a pleasant way of saying the painless killing of the middle class through interest rate manipulation. Once again, these economic ideas come from a worldview promulgated by a deep-seated hatred for Puritan virtues. To further understand Mr. Keynes’s desired euthanasia, we must first understand his motivations. The best source for this understanding comes from Murray Rothbard’s book called Keynes the Man. In it, Murray Rothbard states the following: “In General Theory, Keynes set forth a unique politico-economic sociology, dividing the population of each country into several rigidly separated economic classes, each with its own implicit moral evaluation. First, there is the mass of consumers; dumb, robotic, their behavior fixed and totally determined by external forces. In Keynes’s assertion, the main force is a rigid proportion to their income, namely, their determined “consumption function.” Second, there is a subset of consumers, an eternal problem for mankind: the insufferably bourgeois (middle class) savers, those who practice the solid Puritan values of thrift and farsightedness, those whom Keynes, the would-be aristocrat, despised all his life. All previous economists, certainly including Keynes’s forbears Smith, Ricardo, and Marshall, had all lauded thrifty savers as building up long-term capital and, therefore, as responsible for enormous long-term improvements in consumers’ standard of living. But, in a feat of prestidigitation (magic tricks performed as entertainment), severed the evident link between savings and investment, claiming instead the two are unrelated.”

Essentially, the Rentier is a person who will put their savings into a bank acting as a creditor to that bank. From here, the bank can lend and, in many cases, that lending could be to businesses to expand capital and production. This Rentier, in exchange, receives interest on their savings completing the transaction. It is the saver who is contributing the seed corn to the economic system. In the upside-down world of John Maynard Keynes, this individual needed to be euthanized to make way for a very different kind of creditor. Because John Maynard Keynes was a Socialist, he sought to create economic policies based on Government controls and Central Banking.

Murray Rothbard continues in his book Keynes the Man. “By also severing interest returns from the price of time or from the real economy and by making it only a monetary phenomenon, Keynes was able to advocate, as a linchpin of his basic program, the “Euthanasia of the Rentier” class: that is, the State’s expanding the quantity of money enough so as to drive down the rate of interest to zero, thereby, at last, wiping out the hated creditors.”

It should be noted that savings is seen as a virtue and one that protects us from economic shock and makes individuals and countries resilient to those shocks. Savings is not only delayed gratification, but it can also be seen as a form of delayed expenditure since these savings are used to manage future expenses, especially those that come in the golden years of retirement. On the contrary, a manipulated interest rate environment, especially with interest rates near zero or in some cases negative like in Europe, instead of saving and accumulating resources for the future, the society now relies on the Government and the Central Banks to provide endless supplies of printed money. Sadly, this printed money comes in the form of debt. Instead of saving and delayed gratification, we find ourselves turned into the mass consumers that Keynes defined as performing our consumption function. We are now the dumb, robotic pawns of a never-ending spiral of debt that traps us in a state of perpetual bondage.

Because the Rentier has been euthanized and the seed corn of capital and production already eaten, we now see a chain reaction unfold. Companies who are broke need bailouts as we now see in the Payroll Protection Program (PPP), unemployed workers cannot pay their rents, mortgages, or credit cards. Banks find themselves on the brink of loan defaults and foreclosures potentially requiring bailouts akin to 2008, and the mass of consumers find themselves living paycheck to paycheck or on unemployment merely trying to survive.

During our current economic crisis as a result of Covid-19, our Government is promising bailout after bailout after bailout. Does the question now become how are these debts going to be paid off? The only mechanism now left is future taxation. However, our Government has already spent our future taxation to pay the interest on our existing debt and continues to issue more and more bonds to acquire more and more debt. Yet, with the Rentier euthanized, who has any savings left to purchase those bonds?  Today’s Rentiers are our retirees who, through interest earnings on savings were supplementing their social security income and possibly pension payments. This interest earned in many cases is allocated toward spending in a consumptive manner that keeps the economy moving along. However, with zero interest rates, these retirees struggle simply to make ends meet, which siphons money out of the economy. Essentially, this is the confiscation of private property due to zero interest rates and the ongoing inflation that diminishes the purchasing power of these savings.   Contrary to Mr. Keynes’s claims, this is not the painless killing of the middle class. It is the wholesale destruction of the engine of our economy that now threatens to imperil our future and our global civilization. We are now indentured servants to the Government and the Central Bank, which opens the door further to more control and more monetary manipulations. The question becomes, how long will the masses have confidence in the Governments around the world until there is no one left to purchase their bonds, leading to the collapse of sovereign debt. Will our generation witness the failure of Keynesianism along with all the Elite whose power is tied to it?

It should be evident that worldview does matter. More importantly, a worldview removed from the Word of God leads to ideologies and theories that are in direct opposition to God as a result of the sinful nature of man. We can see that John Maynard Keynes had a loathsome disdain for the Puritans who were the bellwethers of Christian Principles. Only a professed immoralist could devise an economic theory to euthanize these Puritan virtues, which he despised. The only way that we can remove ourselves from this trap we find ourselves in today is to return to the Word of God and all its Biblical money management and stewardship principles.

Only the Truth can set us free. Long live the Rentier!

Our last part of our series will demonstrate the Bolshevik Roots of Keynesian economics. It can safely be stated that Keynesianism is not an economic theory at all but a deception to promote Socialism to destroy free markets.