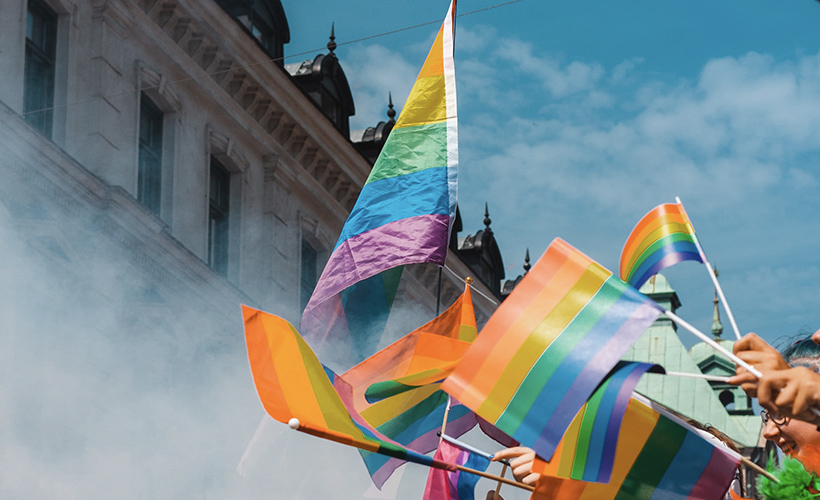 New Jersey Democrats with Phil & Tammy Murphy are indoctrinating and coercing NJ children with the religion of LGBTQIA-XYZ. All things LGBTQIA-XYZ is a faith-based assumption.

"There are no replicated scientific studies supporting any specific biologic etiology for homosexuality."
American Psychiatric Association

In 2003, the Human Genome Project was headed by Dr. Francis Collins of the National Institutes of Health, which began under the Clinton administration for the purposes of mapping the human genome. Dr. Collins stated at the conclusion of the study “Homosexuality is not hard-wired.”

In 2019 the largest ever human genome study with a sample of 477,000 human genomes concluded that “there is no single gay gene.” The Ganna Study was done on three continents with multiple research institutions and many scientists who identify as LGBT.

Find the links to the study below.

Here is the author’s explanation of the study for the general public:

Genetics of Sexual Behavior: A website to communicate and share the results from the largest study on the genetics of sexual behavior (2019), https://geneticsexbehavior.info

No one is born gay! No one. All things LGBTQ, all sexual identities, and actions outside of heterosexuality are developmental gender identity disorders. Developed not innate, acquired not inborn.

The New Jersey legislature passed a law in 2018, requiring the contributions of LGBTQ-identified individuals and disabled persons to be taught in all subjects beginning in grade eight. They railroaded the legislation through the state senate and pushed it through the state assembly. Philip Murphy was all too eager to sign it into law.

Garden State Equality, the LGBTQIA-XYZ lobbying group, has written a potential curriculum which the state school board has not approved. The Department of Education denies knowledge of the curriculum and obtaining copies of their multiple modules to be taught in the subjects has been impossible. It is important to note that no group in New Jersey or outside of New Jersey has been asked for curriculum input for the contributions of those persons with disabilities, which is part of the law.

New Jersey has an endorsed state religion. It is part of the religion of secular humanism fully embraced by the Democrat party: the party which booed God and Jerusalem at its convention in 2012. https://www.youtube.com/watch?v=kX11IUjkEKs

In a March 5 Facebook post, George, the McCormick Professor of Jurisprudence and Director of the James Madison Program in American Ideals and Institutions at Princeton University, had a message for parents of children in New Jersey public schools and states “that have similar laws mandating the indoctrination of children in public schools on matters of sexuality.”

“If you do not believe in the ‘Woke’ ideology into which your kids are being indoctrinated, I urge you in the strongest possible terms to get your children out of those schools. The indoctrination literally begins in Kindergarten and First Grade,” he wrote.

George, the former chairman of the United States Commission on International Religious Freedom, said, New Jersey, with its LGBT curriculum laws, was adopting “an established religion.”

“It is not a traditional religion, and it is not theistic, but it is a religion nonetheless–a system of ideas embodying a particular view of human nature, the human good, human dignity, and what is most important (‘sacred’),” wrote George. “The public schools are as ‘religious’ today as they were at the beginning when they reflected the Protestant Christianity that was dominant when public education began in the U.S. in the 1830s. The difference is that Protestant Christianity has been replaced by secular progressive ideology.” Tri-State Voice

Education is ALL the job of parents, and ZERO the job of legislators. It is not for legislators to determine what our children are taught.

Education must be local and must be locally controlled. This is why elected school boards exist. School boards, with the parents, must control the curriculum. Or better yet…dissolve the Department of Education altogether and privatize it. The fact of the matter is, public education is no longer public. Education is fully government-controlled.

*The following article is from Jersey Conservative July 14, 2021, and reprinted with permission.

Goldstein a Democrat first. Supported Eliot Spitzer even after corruption.

Trenton has a very selective memory. That’s why a blog, run by the “Mastermind” of one of the worst political scandals in memory, can express horror at someone having an opinion not in line with that conjured by Trenton pollsters, and then trot out someone like Steve Goldstein as a corrective.

Well, not even the pollsters could save Spitzer. The infamous “Client 9” resigned from office. And despite his Princeton-Harvard background and “Sheriff of Wall Street” reputation (not to mention all that polling) Spitzer could not win a victory and return to public office. Even his wife left him.

Nothing is ever “settled” in politics.

Steve Goldstein is a Democrat operative and the founder of a political lobbying organization called Garden State Equality. GSE has morphed from a group concerned with issues like same-sex marriage into a government vendor that uses political pressure and vendor money to lobby government for even more taxpayer money.

Like so many good ideas that turn into scams, GSE succumbed to mission creep once they achieved the goal of same-sex marriage. The current controversy they’re embroiled in has to do with teaching children a new, unfunded mandate from Trenton, called the LGBTQ+ curriculum. And everyone in New Jersey who pays property taxes is going to foot the bill.

Unfortunately, Trenton’s political class handed the job to its allies and campaign underwriters – Garden State Equality. This is the corrupt Trenton Establishment all over, isn’t it? Take a serious issue – turn it into a scam for the boys to make money from.

The central question in this debate is who owns your children. Are they part of a million individual social organisms, called families – or does the government own your kids?

Governor Phil and Tammy Murphy certainly act like government owns your children. They don’t hesitate inserting the government between child and parent on the most sensitive of levels.

New Jersey enjoys a great diversity amongst its millions of families. Whether agnostic or Christian or Muslim or Jewish or Hindu or any of the thousands of permutations possible, it has been the role of each individual family to pass along its moral values and manners, generation to generation. This, above anything else, preserves the idea of diversity.

Phil and Tammy, who had the opportunity to pass on their moral values and manners to their children, now wish to take that opportunity away from you. They want conformity. On that most personal issue of sexuality, they wish to cut out the parent, and to bring in a lobby group looking for a payday – Garden State Equality.

Hey GSE, it is not our fault that you won and did not have the dignity to declare victory and fold your tent. You became addicted to the money and the power. You will never return to the private sector because of this. You will never mind your own business and seek to live and let live. For you there can only be crisis and turmoil and the endless froth of campaigning… because that is how you are paid.

If Phil and Tammy want to cut out the parent, at least they should be prepared to pick up some of the expenses of raising a child.

Love may become part of it. But more generally it flourishes at the end of the process, not at the beginning. Any honest person will acknowledge this.

Be honest, humans are attracted to these practices because we derive pleasure from them. It isn’t so much a case of “love is love” but rather, “pleasure is pleasure”. An attachment may follow, or it may not, or it may and then be broken. These are deep waters that no lobby group-turned government vendor can adequately plumb. Leave it to the families. Preserve diversity.