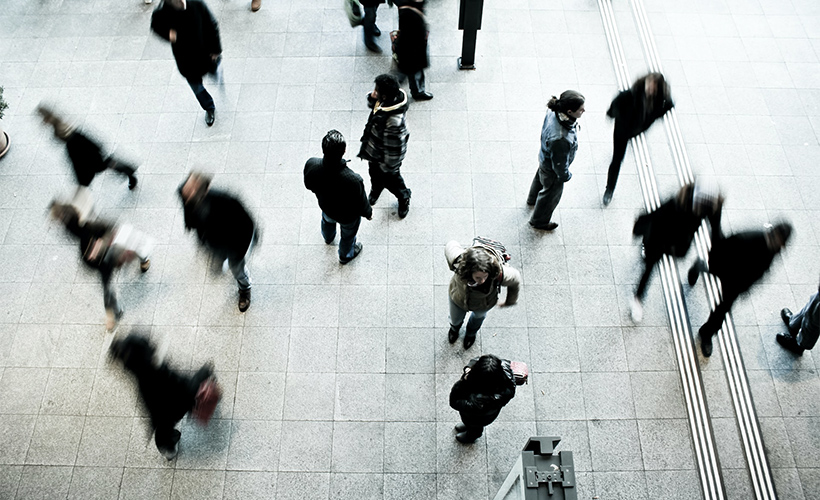 The term greater good is nothing more than collectivism shrouded in the deception of coming together as a society for a singular purpose that benefits the whole. Adolf Hitler proclaimed, “The common good before the individual good.” In addition, it should be noted that Georg Wilhelm Friedrich Hegel was a collectivist whose ideas influenced Karl Marx. In Elements of the Philosophy of Right, Hegel wrote, “A single person, I need hardly say, is something subordinate, and as such he must dedicate himself to the ethical whole. Hence, if the state claims life, the individual must surrender to it. All the worth which the human being possesses he possesses only through the State.” The question that must be asked from this quote is what constitutes the ethical whole? It should be evident that this ethical whole is nothing more than a wicked trick of collectivism that persuades the individual to subordinate him or herself to the State, which, according to Hegel, gives life. It is a perversion of the true order of humanity as given to us by God the Creator. Auberon Herbert wrote the following in his book called Lost in the Region of Phrases, “[The individual] is included in many wholes – his school, his college, his club, his profession, his town or country, his church, his political party, his nation…but he is always greater than them all….all these various wholes, without any exception exist for the sake of the individual. They exist to do his service; they exist for his profit and use.” Therefore, when we hear from our government and their relentless propaganda from the mainstream media that we all need to comply with various control measures, it is to benefit only those in power. Dictators, tyrants, and totalitarian regimes have always hidden behind the collective because they are the collective and the puppet masters who pull the strings of society by using the siren song of the greater good for social control.

In addition, Nazi propaganda was based on constant repetition. How many times have we heard to wear a mask, get vaccinated, and get a booster if you have been vaccinated? Another hallmark of Nazi propaganda was the use of powerful slogans that again were repeated relentlessly to the masses. Historian Baruch Gitlis has said, “Wherever the German turned, he met his most “dangerous enemy” the Jew” and that “while he walked in the street he encountered posters and slogans against the Jews in every square, on every wall and billboard. Even graffiti greeted the Germans at the entrance of their dwelling; “Wake up German, Judah must rot.” What Hitler did was ultimately create a series of enemies to mobilize German society for the greater good. This series of enemies is the modern-day equivalent of creating a series of variants of the Covid 19 virus that have to be battled for the greater good of our society. Those who do not comply are considered enemy combatants of the State that will have to be dealt with. From Whitehouse.gov, we find the latest totalitarian message to the masses, “We are intent on not letting Omicron disrupt work and school for the vaccinated. You’ve done the right thing, and we will get through this. For the unvaccinated, you’re looking at a winter of severe illness and death for yourselves, your families and the hospitals you may soon overwhelm.” What we can read in this message is another form of Nazi propaganda, which is either-or. Either we have the complete victory of the Aryan Race and Hitler’s grand plans for conquering the world, or the Virus-infected Jew will have victory. In Hitler’s Germany, the average person had two choices, and it was in their best interest to choose wisely or be deemed a combatant of the State and sent to a concentration camp.

This either-or construct ultimately creates social isolation. We hear from Anthony “The Grinch who stole Christmas” Fauci that the vaccinated and preferably vaccinated, boosted, masked, and hand sanitized individuals amongst us may joyously celebrate the Christmas holiday. This measure is for the greater good of society to continue our season of goodwill and peace toward men while simultaneously creating further division of society and social isolation for those who have not been vaccinated. Since, after all, they are responsible for other people’s ruined holidays, death, and rampant illness that will overwhelm our hospitals to the breaking point. Carl Jung writes, “The mass State has no intention of promoting mutual understanding and the relationship of man to man; it strives for atomization, for the psychic isolation of the individual.” Further, the medical doctor Joost Meerloo wrote in his book The Rape of the Mind the following; “behind the iron curtain the most prominent complaint in the totalitarian system was the feeling of mental isolation. The individual feels alone and continually on the alert. There is only mutual suspicion.” Every day that passes, our society is falling into willful mutual suspicion of our fellow citizens out of fear of being infected with a virus that has, in many cases, less than a one percent chance of mortality.

C.S. Lewis, in his book, God in the Dock: Essays on Theology (Making of Modern Theology), wrote: “Of all tyrannies, a tyranny sincerely exercised for the good of its victims may be the most oppressive. It would be better to live under robber barons than under omnipotent moral busybodies. The robber baron’s cruelty may sometimes sleep, his cupidity may at some point be satiated, but those who torment us for our own good will torment us without end for they do so with the approval of their own conscience. They may be more likely to go to Heaven yet at the same time likelier to make a Hell of earth. This very kindness stings with intolerable insult. To be “cured” against one’s will and cured of states which we may not regard as disease is to be put on a level of those who have not yet reached the age of reason or those who never will; to be classed with infants, imbeciles, and domestic animals.”

Dear readers, we are coming to a point where vaccine injuries and deaths are being dismissed for the greater good of society to save millions of others. Those who follow this heartless propaganda by ignoring these injuries and deaths are complicit in imprisoning the world to authoritarian rule. We are placing the life of individual autonomy on the sacrificial altar of State tyranny. The words of Nathaniel Branden from his book The Psychology of Romantic Love could not be any clearer to define our situation when he writes, “With such [collectivist] systems, the individual has always been a victim, twisted against him-or-her-self and commanded to be “unselfish” in sacrificial service to some allegedly higher value called God or pharaoh or emperor or king or society or the state or the race or the proletariat – or the cosmos. It is a strange paradox of our history that this doctrine – which tells us that we are to regard ourselves, in effect, as sacrificial animals – has been generally accepted as a doctrine representing benevolence and love for humankind. From the first individual who was sacrificed on an altar for the good of the tribe, to the heretics and dissenters burned at the stake for the good of the populace or the glory of God, to the millions exterminated in slave-labor camps for the good of the race or of the proletariat, it is this [collectivist] morality that has served as justification for every dictatorship and every atrocity, past or present.”

How much longer do we continue to subordinate our minds to the Totalitarian Siren Song of the Greater Good before no one is left to dance to its sardonic tune?

Society is nothing more than a term, a concept for the symbiosis of a group of human beings. A concept is not a carrier of life.
Carl Jung
Volume 15 Practice of Psychotherapy
ociety does not exist apart from the thoughts and actions of people. It does not have "interests" and does not aim at anything. The same is valid for all other collectives.
Ludwig von Mises
The Ultimate Foundation of Economic Science
Sign in Create an Account
Lost your password?